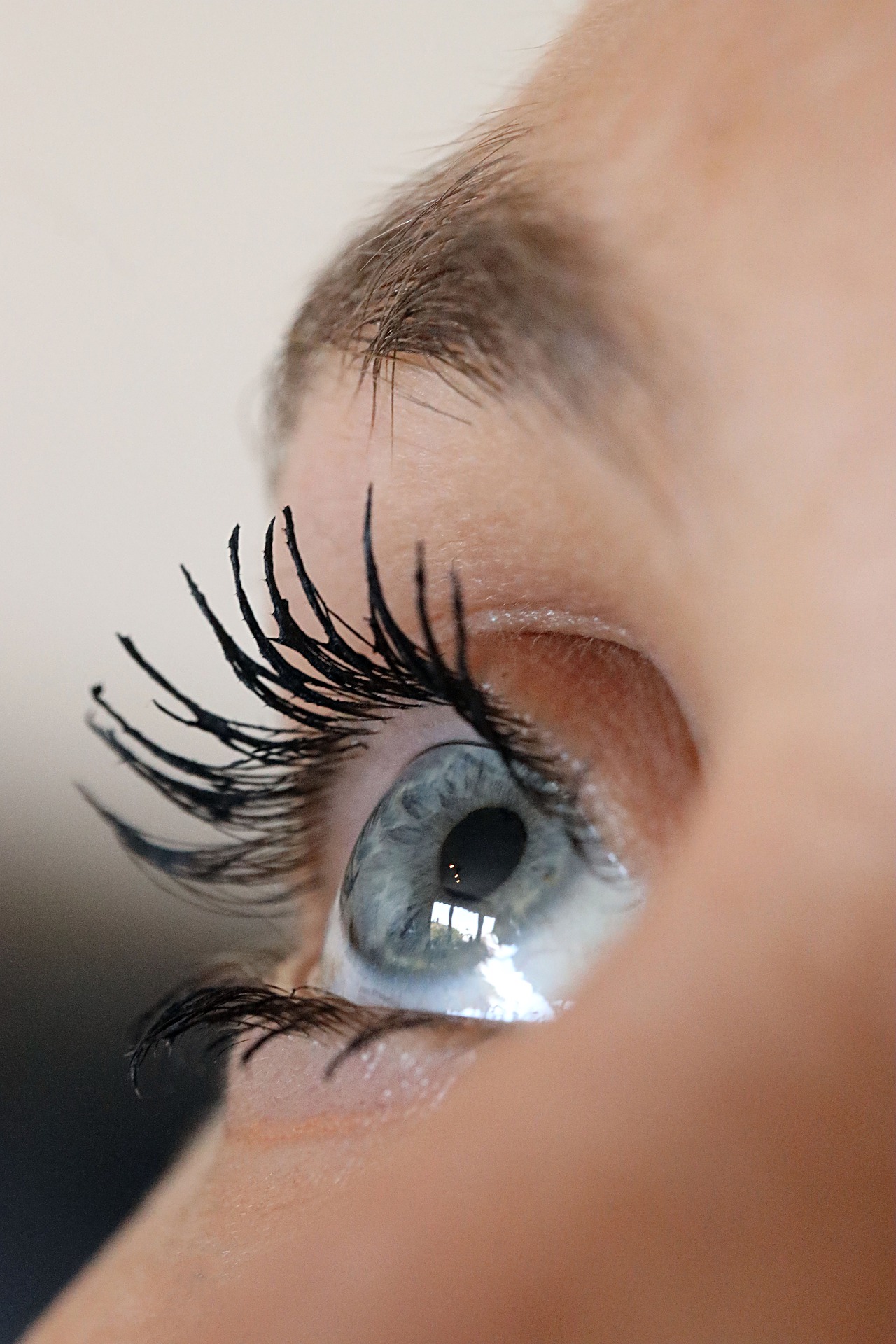 How Long Does the Microblading Healing Process Take? Microblading is a cosmetic procedure that involves the use of permanent pigments to create eyebrows. The procedure itself is only 50% of the total outcome, and you will have to wait between 30 and 60 days for the results to settle.

Before getting into the depth of the healing Process, First you should know what does Microblading technically means,

A semi-permanent procedure to improve the appearance of eyebrows. In this technique, pigment is smudged into the skin with fine, small strokes that resemble hair. It is done by using a hand-tool that is shaped like tiny needles.

If you have been thinking of performing microblading or have been under one, the Healing process is one of the important factors that will make your microblade part best of best.

In order to lay down the healing process details one by one, It’s important to know aftercare also so do check our another article on Microblading Aftercare

Microblading is believed to provide natural looking eyebrows and defined ones However, the process usually takes a while to master.

The initial procedure could be an hour and the eyebrows may appear darker following the first procedure.

The initial healing time varies from person to person, and a touch up session is generally scheduled about four weeks after the initial session. After the first session, your skin will be a bit tender, but no longer painful than it was when you had your initial procedure.

After the initial microblading session, the skin will start to heal and your final color should be revealed. In fact, many people report shorter healing times after touch-up sessions.

Keeping that fine eyebrows or defined one’s perfectly without getting it damped is what we aim.

Many healing process of microblading on websites are discussed up to 3 months, a year or way longer than that, But it isn’t like that.

Microblading completely heals with good aftercare in over a month or two approx. In some cases the process may resolve faster but not more slower than discussed.

The microblading healing process will take a week to complete. If you follow the aftercare instructions carefully, your brows will heal completely. In addition to this, you should allow a week for your brows to heal fully.

As with any medical procedure, there’s a certain amount of recovery time involved after your microblading. However, this period can vary from four to six weeks, depending on your skin condition.

Here is a Guide to follow from day 1 of your healing to day till it ends.

After the initial microblading procedure, you’ll feel equally nervous and excited.  The excitement results from your eyebrows being reshaped; however, the anxiety affects the appearance they will have after treatment.  You don’t have to worry about it; it’s acceptable for your eyebrows to appear slightly thicker and dark.

Furthermore you may also experience bleeding, redness as well as a small amount of tenderness and pain. These are typical side effects and will fade as your brow is healing.

After a few days of the microblading process, it’s possible to see the appearance of scabbing. Your forehead will feel extremely itchy. It’s vital to not scratch, pick or peel off the hard thick scabs regardless of how tempting you may be. It will gradually diminish as the wound heals.

Furthermore, the hair’s fine lines could be hidden.  You’ll need to make sure that your face stays dry and clean; however, you must begin applying the ointment onto the face with clean hands and a cotton swab to aid in healing.  Apply only a small amount of ointment.

After about a week of the treatment with microblading, the scabs flake begin to peel off on their own.&nbsp Avoid scratching or picking on the flake.&nbsp Let them fall off at the point they’re ready.  Once they’ve done that, you’ll see a patchy eyebrow because the top layer pigment begins to fade away.

Also, your eyebrows will are lighter than you thought However, this will gradually improve as your skin heals. It’s all you have to do is be patient.

Within a few weeks following the initial microblading session, your eyebrows will be dry from water.  You are able to continue with your regular routine of makeup and skincare.  Your eyebrows might appear light, but they’ll get darker and appear more natural as they approach the final stage of the healing process.

Within a month of your first appointment, the healing process will be at an end. When your brows are completely healed, they’ll be more natural and soft. The color will appear better than it did before, but not quite perfect yet. There are likely to be some patches however they will be fixed.

The last 6 weeks were exhausting emotionally and for many of you. However, now you’ve arrived at your follow-up appointment after six weeks. This is when you’ll have your stylist make last adjustments and provide the brow area the lasting results that make microblading such a popular and efficient.

Now, you’ve got an idea of how your eyebrows will appear like. The good thing is that your artist is now able to alter the shade of the pigment as well as modify the shape, if required. The process takes around one hour and it heals identical to before, but it will take about 5-7 days.

Microblading Tips|Cost|Aftercare: Everything You Should Know:

While the procedure itself is a quick and relatively painless one, the healing process can be both emotionally and physically draining. It can be helpful to know how long the process takes, as it will help minimize any stress that you might feel during the recovery process.

Some Tips and aftercare For Microblading Healing Process

Above are some tips discussed that your doctor will like you to avoid, So that after treatment you won’t complain.

A single microblading procedure takes about $350 per session and for multiple the cost may rise up to $2000.

For more detail on cost of microblading check our article: How Much Do Microblading Cost|Complete Guide 2022.

What Happens After Microblading Treatment Ends?

After the treatment, the skin on your eyebrow will start to peel off in scabs. It will also take a few weeks before you’re able to wash your face, although it is perfectly safe to do so. During this time, you should also avoid sweating, picking at the skin, or extreme perspiration. You’ll want to have patience and be sure to keep your eye off your brows!

The tattooed area will appear slightly darker and a bit bolder than before. The color will appear more defined and filled in. It will take a week or so for the entire treatment to fully heal. The first couple of days after the procedure will see scabbing, flaking, and peeling, but these are only temporary. The tattoo will begin to lighten again after a couple of weeks. To maximize the look of your new eyebrows, keep up the care you gave it while healing.

Your results will depend on how quickly you heal, and your skin type. The first 30 days after the microblading treatment will have a considerable amount of fade. If you are worried that the colors will fade quickly or that the pigment will not hold, you should contact a professional for a touch up treatment. If you’re worried about fading, you should avoid applying any skin bleaching creams or lotions on the tattooed area for at least a month.

During this time, you should try to avoid getting the treatment area wet or picking at the scab. Despite the pain and discomfort, microblading will be completely safe and can improve your appearance. Your eyebrows will look bold and full for seven to 14 days, but they’ll be a little unnatural and will look a little unusual on the first day. A cotton pad soaked in sterilized water should be used for cleaning. Clean the area gently using this cloth three to four times a day.

The microblading healing process is not an easy one. After your microblading, you should expect to experience some itching, mild swelling, and bruising. The area surrounding the eyebrows is sensitive and prone to infections. Your eyebrows will change color after they heal, and the color will be 30-40% lighter. You should follow the aftercare instructions carefully to avoid any complications. During the first week, you should avoid excessive sweating, saunas, and direct exposure to sunlight.

5 Reasons to Use an RX Discount Card When Buying Medicine