Apr 10, 2022 does kawaki have jougan, how did boruto get karma, is jougan stronger than byakugan, jougan abilities, jougan god, toneri jougan, what does the jougan do, who gave boruto jougan 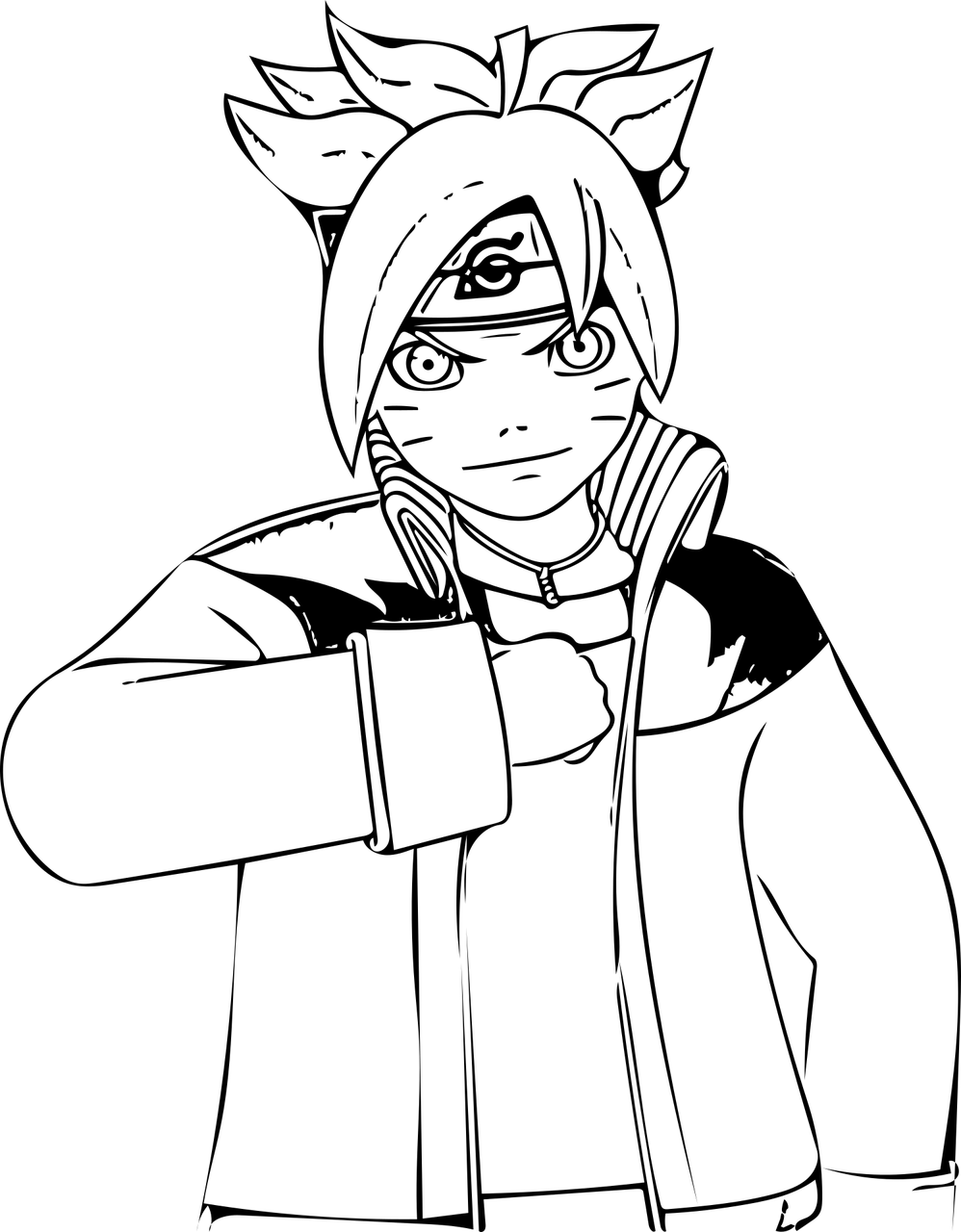 How did Boruto get Jougan? Boruto got the Jougan because of the family bloodline. Jougan is a dojutsu that is known to be “Pure Eye.”

Boruto first awakens his Jougan while fighting with Nue; at that time, it was involuntarily. Many fans think the awakening of the Jougan was because of the Toneri, who was doing some prophetic ritual on the moon.
How did boruto Get the Jougan? Boruto got the jougan as a kekkai genkai. Did tone give it to him, or did he do something to Hinata in the last movie, or is it because of hamura chakra (Hinata) and hagoromo chakra (naruto) getting mixed.

To understand it better, it is necessary to read the complete article, and if you haven’t watched the trailer, Just read the conclusion, as some parts contain spoilers.

Who is Boruto In Boruto: The Next Generation?

Boruto is a fictional character in the sequel of Naruto, Titled Boruto: Naruto the next generation, created by Masashi Kishimoto. He is the son of Uzumaki Naruto.

Boruto hates being called Hokage’s son and loves his uncle Uchiha Sasuke. He is the grandson of the fourth Hokage.

In the anime, Boruto’s appearance is quite similar to Naruto’s.

How Did Boruto get Jougan?

The question of how Boruto got the Jougan is not answerable because the series hasn’t had any quite interactive action melodrama like the prequel Naruto Shippuden.

The anime hasn’t provided any clue or information about the Jougan; even the Sasuke doesn’t know anything.

In the show, Boruto first awakened the Jougan when he fought Nue with Mitsuki. However, it was involuntary. Toneri Otsutsuki could have helped Boruto in his quest to awaken the Jougan by a vision of a prophetic dream. However, it’s not clarified as to the reason is for why Boruto has the Eye of pure vision in the series.

We speculate that Toneri was not the one to provide the unique dojutsu Boruto, but he did assist Boruto in inactivating it. We think that Toneri was able to aid Boruto to bring back the Jougan because the dojutsu is believed to have links to The Otsutsuki Clan.

The same could be said about the Boruto lineage (implying that Boruto might be able to bring back Jougan naturally. However, it would require a long time).

Her mother, Hinata Hyuga, is directly related to Hamura Ohtsutsuki. He was the recipient of his Chakra during Naruto: The Last Movie. Hamura’s Chakra is vital to activate or destroy the Tenseingan.

The most important thing you need to do to trigger Tenseigan is mix Ohtsutsuki chakra with pureblood chakra called Hyuga. In theory, Hinata can activate Tenseigan, destroying and restoring the moon.

Although Chakra cannot be passed down from generation to generation, Hamura Otsutsuki’s Chakra is one of a kind. According to legend, Hamura’s Chakra was handed down through generations of the Otsutsuki and Hyuga clans.

Presently, Naruto, Boruto’s father, is a reincarnation of Ashura Otsutsuki. Also, he received the Chakra of Hagoromo Otsutsuki. He also has the Chakra from all the tailed creatures inside him.

Additionally, Hinata has a powerful life force due to the Uzumaki lineage. Thus, both he and Hinata could have transferred their potent genes onto Boruto.

This transfer of genes can be seen throughout the Kyuubi Jinchurikis as well as their offspring. Particularly Kushina Uzumaki and her ancestors, i.e., Naruto and Boruto.

One example is those whiskers visible on Boruto and Himmawari’s faces.

What is Jougan Dojutsu?

Jogan is a unique dojutsu. Jogan is a special dojutsu that the Otsutsuki Clan only recognizes. Members say it’s dangerous and claim it’s a strength they have passed down by their clan.

In the manga, the dojutsu has no features in appearance and has an unnoticeable pupil. In the manga, dojutsu appears lighter blue and has a darkened sclera and an apparent pupil.

When he first began using it during his time at the Academy, Boruto didn’t seem to have the capacity to activate it upon command. Instead, it would begin to blink when he concentrated his attention on a specific object or person. When he was a teenager, Boruto displayed the ability to activate it.

Before gaining control over this dojutsu, it independently becomes active in the presence of potentially dangerous targets that are hidden.

Still, when it was officially published in writing, the name was changed back to the standard version, “Jogan” (Jing Yan means: Pure Eye).

Following the broadcast of episode 15, Chengxi Huang, an animator for Boruto: Naruto Next Generations, posted a blog entry to provide some clarity to the debated fans. The animator clarified that the Eye was not one of the Byakugan or a Tenseigan, and at the time, it was called a “Jogan” (Jing Yan, literally meaning the Pure Eye).

He also clarified that the Eye was connected with the dimension of Otsutsuki’s clan. Its abilities represent the equivalent dojutsu to Naruto’s ability to detect negative emotions.

But he also stated that he didn’t have the entire script, and the information he provided was only a guess and would be discussed more shortly.

He also said that the fans shouldn’t make about it too much in the present, as the writer hadn’t considered the entire thing through. The illustration was of Boruto placing eyedrops on his right Eye. It was captioned “Jogan.”

Some Interesting Jougan Powers and Abilities:

Be aware of the flow of the Chakra, which allows Boruto to observe the physical changes that occur in the Chakra of one’s and follow a target through their Chakra.

What Does Jougan Means To Boruto?

I am convinced that the Jougan will play a significant role in the next chapter of the tale as Boruto is predicted by Toneri to be the one to shoulder the destiny of the entire world and is the one who is at the top of the power pyramid above the shinobi or the Ohtsutsuki.

The Jougan may represent an early dojutsu that the great Ohtsutsuki used.

This could indicate that Boruto is at the moment with the most potential to become the most powerful being on earth with no karma powers.

Karma powers are an added weapon to his arsenal. Momoshiki also mentioned/foreshadowed this when he stated that these eyes would take everything from Boruto.

I constantly think this may be similar to Naruto’s fate as Jhinchuuriki. He was to bring pain and destruction, but he managed to transform it.

This is why Jougan is Boruto, an enigma for the Otsutsukis.

We don’t know how Jougan’s abilities work and their limitations. Will it be as effective as the Sharingan when used excessively? Does it help Boruto to develop new jutsus or techniques?

I think we’ll be able to answer our questions soon because the war with Issihiki Otsusuki is concluding, and we’re very close to the end of the skip.

Here are some of the frequently asked questions related to the article How did Boruto get the Jougan:

1. Why does Boruto have one Jougan?

My opinion is that Boruto is the only one who has The Jougan just in his one Eye, as the Jougan will be released to another dojutsu that is locked in the second Eye. Keep in mind that Boruto should be the same as Sasuke and look similar to him.

2. Is Jougan stronger than rinnegan?

It’s currently not. However, in the future, it will. While the full extent of its capabilities hasn’t yet been made public, we know that it’s strong enough to match the Otsutsuki’s power, making it equivalent to the Rinnegan.

3. Why did toneri give Boruto Jougan?

This was Boruto’s power at first, but it was still slumbering in him. The details of it are explained in one of Boruto’s novels. Toneri prompted the early awakening of the jougan of Boruto after he spotted Nue’s presence.

4. Did Boruto become Jougan Before Karma?

On the other side, On the other hand, the Jougan was indeed transmitted to us because of a bloodline. Toneri did something to Boruto and allowed Boruto to access the Jougan, but the Jougan still lacks a concept of how it works or what to do to activate it. The Karma that we’ve seen was given to Boruto after winning against Momoshiki.

5. Will Himawari have Jougan?

Himawari is the youngest person who has that Kekkei Genkai. Since she is the daughter of Naruto, She must possess something unique. If you think of Boruto has the Jougan, which is a powerful Kekkei Genkai. Himawari will also have something up her sleeves.

6. Does Boruto has Byakugan or Jougan?

What Boruto appears to have is what he was claiming to have is Jougan. It was seen in his left Eye and appears to be the Byakugan, but it’s not. The Jougan can sense and perceive Chakra. Some fans believe it’s an amalgamation of Byakugan along with the Sharingan.

7. Does Kawaki have Jougan?

No one has Kawaki, and even kawaki does not have the Jougan. Jagan was a form of byakugan handed down to Boruto through toneri Otsutsuki, who knew that gods(otsutsuki) would one day arrive and fight to protect the chakra tree.

8. Is Jougan a kekkei genkai?

9. What if Naruto had Rinnegan?

The reason that makes Naruto not the same as Hogoromo is the fact that he does not have the Rinnegan. If Naruto has rinnegan, he’ll become a sage of six paths because he is half the strength of the sage of six paths. And when he rinnegans, the sage will be complete with six paths.

10. Does Boruto have Kurama?

No, Boruto doesn’t have Kurama as it isn’t hereditary. But, Boruto anime does have Kurama within Naruto. There’s been no indication of Kurama returning as part of the Boruto manga when writing this article. Therefore, it’s likely that things will be in the anime too. The manga says that Kurama was killed in chapter 55. Episode 219 is adapted from the same chapter.

How did Boruto Get Jougan? Boruto get the Jougan from his family bloodline, But it isn’t officially confirmed that Jougan is kekkai genkai or not.

However it is believed that the chakra of Hagoromo Otsutsuki in Naruto and Hamuro Otsuksuki in Hinata gave rise to Jougan the Pure Eye in Boruto since his birth but it gets actuvated involuntarily.

4 thoughts on “How did Boruto Get The Jougan?”