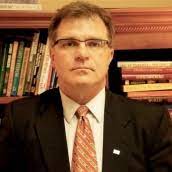 Facebook Leszek Jan Sibilski was born in 1978 in Warsaw, Poland. He is a visual artist who creates paintings, drawings, sculptures and installations.

He graduated from the Academy of Fine Arts in Warsaw in 2003. Sibilski’s work is included in public and private collections in Poland, the United States, Germany, Spain, Italy and China. In 2007 he was awarded the prestigious John Simon Guggenheim Memorial Foundation Fellowship.

Sibilski’s Facebook Profile is a great look into his life and interests. His profile is full of photos, videos, and posts about his work, family, and hobbies. Sibilski is a very active Facebook user and regularly shares interesting articles, photos, and videos.

He also frequently posts about current events and offers his insights into topics that interest him. Overall, Leszek Jan Sibilski’s Facebook profile is a great resource for anyone interested in learning more about him or his work.

Facebook Leszek Jan Sibilski is a Polish-born artist who was born in 1969. He has worked as an artist, designer, and director in the video game industry. His work has been exhibited internationally and has been used in numerous video games.

Leszek Jan Sibilski is a Polish singer and songwriter. He was born on September 4, 1988 in Warsaw. Leszek started his musical career at the age of 14, when he released his debut album, “Nie lubię Cię”. In 2006, Leszek released his second album, “Pozdrawiam”, which sold over 130,000 copies. In 2007, Leszek won the Fryderyk award for best new artist.

Leszek Jan Sibilski is a Polish politician and journalist. He has been Member of the Sejm since 11 May 2007.

Sibilski is a member of the conservative Law and Justice (PiS) party. From 2006 to 2007 he was a Member of the Polish Senate.

Leszek Jan Sibilski is a Polish computer scientist and best known for his work in natural language processing, machine learning, and information retrieval. He is the co-founder of the deep learning company DeepMind. Sibilski obtained his Ph.D. from the University of Cambridge in 2009 under the supervision of Geoffrey Hinton.

Leszek Jan Sibilski is one of the most renowned Polish photographers. He has won numerous awards, including the prestigious Prix Bayeux-Calvados in 2009 for his series “Warsaw Resurrection”. His work has been exhibited around the world, most notably at the Centre Pompidou in Paris and the Royal Academy of Arts in London.

Sibilski is also a lecturer at the Warsaw School of Visual Arts. In this interview he discusses his work, inspirations and future projects.

This page is packed with interesting content, ranging from personal reflections to in-depth discussions of current events. Whether you’re a fan of political commentary or simply want to stay up-to-date on the latest news, this page is a must-follow.